The Renaissance and Women 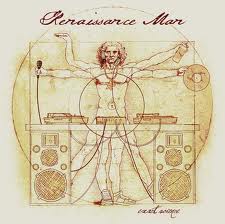 It has long been held that the Renaissance began in Florence, Italy in the 14th century mostly because of the social and civic uniqueness of the city at that time.  The Renaissance was a cultural movement that saw the rise of literature, science, art, religion, and politics. It was an intellectual transformation that bridged the Middle Ages and Modern era.
Women in the Renaissance were primarily the domestic caretakers of the children and the household. They were subordinate inferiors of men. Only a few wealthy women escaped the tasks of making clothes from scratch, the overall maintenance of the home, and production of food. In the Middle Ages master craftsmen worked out of the family home. The women of the house not only did their womanly chores but also took on responsibilities in the family business. In the 13th century, the family business was removed from the home to larger shops in a different location.  It’s during this time period that crafts became individual male trades thus removing the women in the household from participating while she kept house. However, fathers and husbands who stood to profit from the careers of their daughters and wives were not likely to oppose their participation. However, this was not a very common situation. Historians believe women filled a greater variety of professional roles, had more responsibilities, and had more economic contribution during the Middle Ages rather than the Renaissance.
Like the Middle Ages, women of the Renaissance were denied all political rights and considered legally subject to their husbands. A woman was controlled by her parents throughout her childhood, and then handed directly into the hands of a husband, whom she most likely had not chosen herself, and who would exercise control over her until her death or his. Unmarried women were not emancipated but lived under the subjugation of a male relative or in a convent where she could become a nun, the only profession allowed to women.
The heroine in my book, Knight or Runes, is a 21st century renowned Renaissance scholar. She is an independent take control person. She has a black belt in martial arts and is a survival and rescue expert. When she’s tossed back into 17th century England she’s challenged by the repressive attitudes about women. You’ll have to read the book (it comes out November 14) to see how she fares but how would you cope and survive? What would be your biggest challenge?
Posted by Ruth A Casie at 12:01 AM

Sounds like my kind of heroine! Can't wait to read it! I wouldn't mind being a homemaker, but I would struggle BIG time with being subordinate to men :)

You only ever hear about the "Renaissance Man", never the woman or women.

My biggest challenge would be accepting my 'role'.

Celtic society was different for women, as you no doubt would expect me to say, Ruth. There were plenty of Renaissance Women with some impressive credentials, perhaps especially in Italy, who made their presence felt.

I think we have also to take into consideration that men wrote women out of history as much as possible. The oppression of women in England was a holdover from Teutonic/Anglo-Saxon society.

If I had lived in 17thC England, I would chose to be a nun.

I'm so glad I live now.
I'd be nursing my 9 child by now, if I lived.
Thanks for the post. Always interesting. What would I find hardest?
Keeping my opinionated mouth shut.

great post--I equal going back in time almost as jarring as some historical fiction characters that behave as if they did indeed time travel from the 1960s to the 1560s.

I'd rather read time travel to enjoy a modern character in a past setting. Knight or Runes sounds great.

I doubt I would survive long. However, time travels are one of my favorite reads. After all, I read to escape reality.