How many of these rules do you think William and Katherine will be following?
Rules for Husbands and Wives
from A Primary Source
written by
Matthew Carey
(1830)
Having seen various sets of maxims for the conduct of married life, which have appeared to me to contain some very injudicious items, degrading to wives, sinking them below the rank they ought to occupy, and reducing them in some degree to the level of mere housekeepers, and believing them radically erroneous, I annex a set which appear more rational and just than most of those which I have seen:
Husbands
1. A good husband will always regard his wife as his equal; treat her with kindness, respect and attention; and never address her with an air of authority, as if she were, as some husbands appear to regard their wives, a mere housekeeper.
2. He will never interfere in her domestic concerns, hiring servants, &c.
3. He will always keep her liberally supplied with money for furnishing his table in a style proportioned to his means, and for the purchase of dress suitable to her station in life.
4. He will cheerfully and promptly comply with all her reasonable requests, when it can be done, without loss, or great inconvenience.
5. He will never allow himself to lose his temper towards her, by indifferent cookery, or irregularity in the hours of meals, or any other mismanagement of her servants, knowing the difficulty of making them do their duty.
Wives
1. A good wife will always receive her husband with smiles,—leave nothing undone to render home agreeable—and gratefully reciprocate his kindness and attention.
2. She will study to discover means to gratify his inclinations, in regard to food and cookery; in the management of her family; in her dress, manners and deportment.
3. She will never attempt to rule, or appear to rule her husband. Such conduct degrades husbands.
4. She will, in every thing reasonable, comply with his wishes—and, as far as possible, anticipate them.
5. She will avoid all altercations or arguments leading to ill-humour—and more especially before company.
Posted by Barbara Scott, author of West of Heaven, sort of "lonesome soiled doves"


Available at Amazon for Kindle, Barnes & Noble for the Nook, Sony, Kobo and Apple's iBookstore". 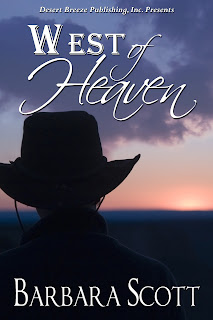 or at DBP   http://stores.desertbreezepublishing.com/-strse-150/Barbara-Scott-West-of/Detail.bok
Posted by Barbara Scott at 12:05 AM

Very nice list...basically telling them to respect each other. Good advice for any married couple. And given the era, forethinking thoughts...lol.

Thank you for sharing. It's a good list. I love the one about anicipating his wishes. My dh seems to think I should always be able to read his mind. ;)

These read more like a Good Wife's Guide from the 1950s than a real marriage. A bit tongue-in-cheek, I hope!

Lily, these were the original words from the primary source. I don't think tongue in cheek was intended.

Trying to liberate her with the directives to him is good. Trying to make her his mind-reading pleasure servant is not-so-good. Seem to be in opposition as to her role.