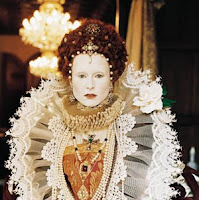 Now you're saying to yourself what's a western author doing talking about stage makeup?

The heroine in the next Halsey brother book has a disfiguring scar on her face from an accident when she was a child. Her family is prominent in society, and she refused to be hidden away. In fact, due to her accident, she became determined to be a doctor.

To find out how she could cover the scar when out in the world and not sheltered at home, I began researching stage makeup. In the late 1800's few people other than stage performers or prostitutes wore makeup in the U.S.

1850’s Germany – Mysterious invention of greasepaint (powdered pigments mixed with lard) by either German actor Carl Baudius, or Carl Herbert.
1864 England – a short book, The Guide to the Stage, Containing Clear and Ample Instructions for Obtaining Theatrical Engagements, by Leman Thomas Rede includes 2 and ½ pages of vague advice on applying powdered pigment makeup.
1870’s USA-Anglo-French actor, Charles Fechter, supposedly spreads the use of greasepaint to the US while on tour.
1873 Germany– Ludwig Leichner commercially produces non toxic ready-made greasepaint sticks. Leichner’s company goes on to be the main European theatrical makeup producer for over a century.
1877 England -The Art of “Making-Up” by Haresfoot and Rouge*, published by Samuel French, the first booklet in English on theatre makeup is printed, describing makeup application with powdered pigments. Suggested pigments in this booklet are 3 kinds of white, Dutch pink rouge, carmine red, and ruddy rouge, Mongolian brown, powdered blue, and chrome (yellow), and antimony (a metallic gray-black) used for shadows, which was toxic.

The 1890s saw incredible innovations in makeup, most of which are still in use today, including:
•Nose wax (aka “mortician’s wax” an item co-opted from the Victorian funeral industry)
•Black tooth wax (aka “cobbler’s wax” an item taken from the shoe repair industry)
•Emil Noir (black tooth enamel)
•Cold cream and cocoa butter
•Mascaro in multiple colors (a dark, soft makeup stick in a lipstick like holder that was used as both mascara and eyebrow pencil)
•Lipsticks
•Blue eyeliners
•Ladies liquid colors for arms and necks
•Paper Sticks for application of color (Tortillions - artist’s blending tools)
•Wig joining paste
•Vaseline

For my heroine I use the 1850's version of lard and pigment powder. First because lard was easily accessible and the powder could be mixed to match her skin tone. Since the scar is lumpy, she can mold the the lard mixture around it and smooth it out to blend in.

This is why I write historical books. I dig deeper into areas that I would normally overlook to make my characters and story realistic.

What is the latest thing you researched for a book that you would not have found interesting otherwise?

Hi Paty,
I'm not a writer but your post was very interesting. I love history and I'm amazed how many different items there were through the years as well. Look forward to reading your story.
Thansk for the info.
Carol l.
Lucky4750@aol.com

Thank you for stopping by, Carol!

I end up finding all my research interesting. The last thing I researched was depression -- or melancholy, as it was called then -- in the 19th century. Then I ended up not using it in my story, LOL. But it's there if I need it later.

Fascinating post, Paty. It's amazing how far cosmetics have come in the last century. Thanks for an enlightening article : )

Being a professional make-up artist earlier in my life, I really enjoyed this. Imagine using lamp black on your eyes. I wonder how many people suffered various eye conditions as a result?

In my research, I discovered the Titulus Regius--the document that allowed Richard III to ascend England's throne. Trying to read it (it's written in old English) proved interesting--legal bombast obviously isn't new. Couldn't use it, but who knows what tomorrow will bring?

Interesting info, Paty! For my latest historical I had to research women physicians in the late nineteenth century, because my heroine, who served as a nurse during the Civil War wants to be a doctor.

Helen, it does boggle the mind how much we research then don't use.

Gwynlyn, Yes, it is interesting the things they used that now would be banned. Wow- That sounds like heavy reading for research.

Susan, we probably looked up the same info! Since I had to do research for the WIP as well. I found biographies of women doctors the most helpful.