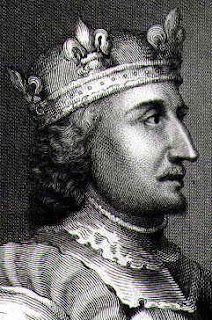 "In the days of this King there was nothing but strife, evil, and robbery, for quickly the great men who were traitors rose against him. When the traitors saw that Stephen was a good-humoured, kindly, and easy-going man who inflicted no punishment, then they committed all manner of horrible crimes . . . And so it lasted for nineteen years while Stephen was King, till the land was all undone and darkened with such deeds, and men said openly that Christ and his angels slept".
-- from The Anglo-Saxon Chronicle (the Peterborough Chronicle, second continuation)
I mentioned in a previous post that I was inspired to set my medieval paranormal erotic romance, Seeking Truth, in medieval England during the reign of King Stephen because I'd watched the Brother Cadfael Mysteries.
I was totally confused the first time I watched one though. They kept talking about King Stephen - and I didn't remember any English King named Stephen. Then came the whole "Empress Maud" stuff. I thought it was totally bogus. Obviously, I didn't know my English history very well. T 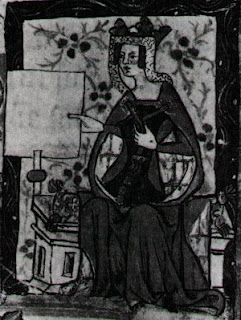 o remedy that, I started reading historical books on the topic. It took a lot of reading in order to NOT make an idiot of myself. Even so, with my book coming out May 29, I realized I hadn't gotten the whole story. I have one little line near the end wrong - now I hope no one notices. Darn.
I started with trying to figure out what side my hero would choose. Ultimately, I decided he was a "king's man" like Sir Hugh Beringer. So then I had to figure out what that meant.
It took some work, but I discovered the bare bones of Stephen's reign. Henry I's only legitimate heir was a daughter, Matilda. Her unpopular marriage to Geoffrey, count of Anjou, did her no favors. Although Henry obtained fealty oaths to Matilda by many barons, there were objections to her because she was a woman and because she was married to an Angevins. Unfortunately for Matilda, when her father died in December of 1135 she made no effort to travel to England to assume the throne, but her cousin Stephen of Blois did.
Stephen acted decisively to hold London and was crowned by the Archbishop of Canterbury. This audacious action is one my hero would approve, so I knew that my feeling that Eaduin would be a King's man was the right one. Of course, being crowned and keeping it on your head are two very different things. This began one of the most tempestuous lengthy periods in English history. Stephen reigned from 1135 to his death in 1154. Throughout almost all of his reign, civil war and anarchy covered Britain. Queen Matilda, or Empress Maud as she was also called, didn't let Stephen's actions stand. She, along with her bastard half-brother Robert, Earl of Gloucester 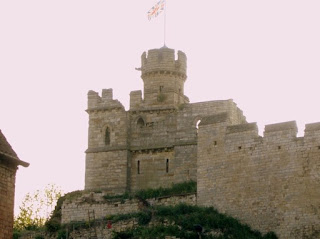 waged war on Stephen and at the Battle of Lincoln in 1141 captured him.
What intrigued me about this was that rather than kill him and claim the throne outright for Maud, they held him hostage and left a rallying point for the opposing forces. Forces led my Stephen's wife, Matilda. Yeah, not much in the way of creative naming back then. It was REALLY confusing when I started my research.
In March of 1141, Matilda/Maud was recognized as Queen in Winchester but still had the formidable task of holding London and being formally crowned. By all accounts she was a strong and forceful woman - in modern terms we'd probably call her a "bitch on wheels." Being a strong female is admirable in modern views, but in 1141, not so much. She wasn't remotely conciliatory with her new subjects or with Stephen's son, Eustace or Stephen's Queen, Matilda.
Maud should have known better. She might have won through if she hadn't ticked off Stephen's 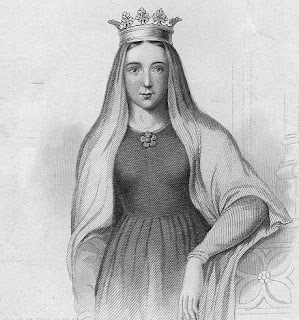 wife, Queen Matilda by planning to disinherit her son, Eustace and being rude to her. The turning point of this story is two strong willed Matildas going at it. Queen Matilda (Stephen's that is) decided that she'd had it with "diplomacy" and decided to wage war to retrieve her spouse from his prison. I like her...a lot. Queen Matilda raised a large force and marched on London.
Maud had complete confidence, until the people of London rose up against her. You see, she wasn't particularly popular with them. She'd been as unpleasant to them as she'd been to Queen Matilda. The Empress and her half-brother Robert left London...at a run. Queen Matilda (Stephen's wife) then turned her army to Winchester. Empress Maud was inside besieging a bishop and was in turn besieged from outside. Empress Maud managed to escape, but her brother Robert, Earl of Gloucester did not. Maud needed her brother's support desperately and ultimately, Stephen was swapped for Robert.
Even after these calamities the war continued. My books are set after the critical battles of Lincoln and Winchester. I chose to set things during the slightly more stable period of 1146. But I continue to learn more about this time period so I hope I don't find I've made any huge errors. No doubt, readers will tell me if I do.
Looking for books on this troubled period? Here are some of my go-to books. If you know more, please share! I'm always looking for more information on this time period.
Stephen and Matilda: The Civil War of 1139-53 by Jim Bradbury
The Troubled Reign of King Stephen 1135-1154 by John T. Appleby
The Anarchy of King Stephen's Reign edited by Edmund King
The Reign of Stephen: Kingship, Warfare, and Government in Twelfth-Century England by Keith J. Stringer
The Empress Matilda: Queen Consort, Queen Mother, and Lady of the English by Marjorie Chibnall
King Stephen's Reign edited by Paul Dalton and Graeme J. White
The Reign of King Stephen, 1135-1154 by David Crouch
Additionally, check out this VERY COOL blog by Teresa Eckford about the relationship between King Stephen and his lady, Queen Matilda titled Romantic Couples in History: King Stephen and Queen Matilda of Boulogne. (Link corrected per Teresa's Comment)
Posted by Francesca Hawley at 6:29 AM

Great post :) You summed up a complicated piece of history quite successfully! Roberta Gellis wrote a great romance novel set during this period - Bond of Blood. It certainly is a period fraught with conflict, perfect for romance fiction :)

Thanks for mentioning my article - could you please change the link, though to:
http://www.triviumpublishing.com/articles/romanticcouples1.html

AAR no longer has my permission to publish it, but they refuse to remove it from the site. Trivium is now the article's legitimate publisher.

I love this period almost as much as I love the one following it. So much excitement whether you were a noble or a commoner. Makes for really interesting writing. Great post!

Francesca, what a great, informative blog. The time period makes for interesting reading and writing, doesn't it? Keep us posted about your book's release.

Teresa, It's a fab article. I've made the requested correction. Thanks for the info!

Hanna and Anna, thanks for posting. It was a tumultuous time period and that always provides excellent fodder for story creation! :-)

Great post! I loved this piece of history, also love the photo of the castle! Thanks for sharing!

Francesca, great post and I love finding out about time periods that I'm unfamiliar with. This one's a doozy! All that intrigue! Looking forward to reading your book:-)

Virginia and Paris,
Thanks for stopping by to comment! Medieval castles and political intrigue makes the writing fun.

Francesca, fascinating post. I never knew that much detail about that period of English history.

Forgot to mention - I added your post as my Link of the Day yesterday on my blog.

Enjoyed reading the comments about King Stephen and Maud. I like to read books set during this period.
JOYE
JWIsley AT aol.com

Hi Francesca,
I'm reading an awesome book (fiction) by Ken Follett based on this period in history. It's called "Pillars of the Earth".
I had no idea there was actually a King Stephen/Queen Maud, but when I googled it your site came up. Great read - thank you!
Maria

I too have reached this post through Google while reading "Pillars of the Earth" by Ken Follet.Very interesting.Thank you!

I realize that your post about the Stephen/Maud era is quite old but I, too, have found that period of British history confusing. I have recently started and discarded an old book, "The Conquering Family" by Thomas B Costain. On pages 32-34 there is some discussion that Empress Matilda's son, the future Henry II might have been fathered by King Stephen and not her husband Geoffrey of Anjou. Costain ends the discussion with the comment, "How ironic it would be if not a drop of Plantagenet blood had ever flowed in the veins of an English King!"

Have you ever come across such a suggestion from any other author or source?

Thanks for any thoughts on this.

I too have read (Or am in the process of reading) "pillars of the earth" and have never run across Queen Maud in my other readings. If you are interested in this period of English history, I recommend it highly. Sumter Moore, South Carolina

We have been watching the Brother Cadfael series on Netflix. The period is fascinating, and we wondered if Empress Maud and King Stephen actually existed.Apparently Ellis Peters was pretty accurate in her history.

I read Pillars of the Earth long before I had a computer. I am now reading the Brother Cadfael series and like so many of the others googled King Stephan and Empress Maud. I was brought to this very informative and well-written site, and for that I heartily thank you.