The Irish Brigade in the American Civil War 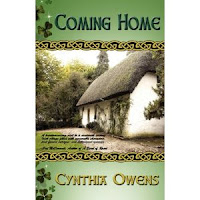 Cavan Callaghan, the hero of my recent release from Highland Press, Coming Home, is a veteran of the Irish Brigade who fought bravely at Antietam. I've always found the Irish Brigade fascinating because it was comprised of immigrants who fought for a country that offered them refuge from famine and tyranny. There's too much history to put it all into one blog post, so I've pulled together some fun facts about the Irish Brigade.

Over 150,000 Irishmen fought in the American Civil War (1861-1865), accounting for one in sixteen of the combatants.
The famous phrase "War is Hell" is attributed to the Cavan-born American Civil War General Phil Sheridan.
One of the oddest military escapades in history took place in 1866 when Irish Fenians, veterans of the U.S. Civil War, invaded Canada with the intention of holding the entire country (all four million square miles of it) hostage to exchange for the freedom of Ireland.
The Irish Brigade never lost a flag in battle. One motto of the Brigade is "47 times to the line of battle and never a flag to lose". Losing the unit flag was a major disgrace in that era
At Fredricksburg, the heroic charge of the Irish Brigade so impressed Confederate General George Pickett that he wrote home, "Why, my darling, we forgot they were fighting us, and cheer after cheer at their fearlessness went up all along our lines."

The idea of an Irish Brigade was not a new one. Irish units fought under many foreign flags, including that of Spain and Mexico.

"Tell me about the battle."
A cold shudder shot through him, and all of a sudden he was back on that battlefield, guns pounding, horses and men screaming, his friends and comrades falling all around him. But what had really terrified him was knowing that somewhere on that battlefield, his little brother was alone and unprotected...
..."The battle was total confusion." He squeezed his eyes shut and concentrated on Ashleen's nearness in an effort to tell the story without breaking down. "It was hot -- so hot -- and humid, though it was already September." He paused, the poignant memory knifing through him. "At home, the leaves would have started to turn, and frost would have been dusting the fields."
And the stench of death had been in the air. So different from the smells of crisp northern breezes and freshly baled hay he'd been used to.
"We came up to the top of the ridge. We were to pause at the crest of the hill and fire two volleys, then rush the Rebs with bayonets. They were waiting for us - troops from North Carolina. There was a huge sound, like a thunderclap. Gunfire. Lots of it."

Posted by Cynthia Owens at 6:00 AM

Hi Cynthia, anything Civil War era makes me sigh. Your story sounds so cool, I want to read the rest of it. A tidbit of trivia here, in the movie, Gods and Generals, one of the ladies mentions the Irish Brigade and the Irish potatoe famine. The movie also shows several scenes portraying The Irish Brigade in battle. Thanks so much for sharing today.
Sincerely, Debby Lee

Hi, Cynthia! Everything about the American Civil War fascinates me, and the Irish Brigade is an intriguing subject. Best of luck with your new book!

Hi Susan, I love an Irish hero, and especially an one who's been through the flames of battle. Thanks for stopping by, and for your good wishes for "Coming Home."

I love anything Irish, and look foreardto reading your book.

Great post Cynthia! I love anything about the civil war Era, and add the Irish in it, and you definitely got my attention! Coming home sounds wonderful!!

Hi Caroline, thanks for stopping by. Hope you enjoy reading "Coming Home." I think of Cavan Callaghan as my first Irish Brigade hero!

Hi Andrea, glad you enjoyed the post. I've been in love with all things Irish since I was a teenager, and when I stumbled upon their role in the Civil War, I knew I had to use it in a story someday. Thanks for the kind words about "Coming Home," too. They mean a lot!

Your book sounds intriguing. Being a Canadian with one side of my father's family being Irish and the other Empire Loyalists, your historical tidbits caught my attention. Of course, in my neck of SW Ontario, the Fenians aren't admired.

Hi Alison, no matter what your political persuasion might be, the Fenians were certainly an "interesting" group, weren't they? Thanks for the kind words about "Coming Home," and thanks for stopping by!

I had never heard of the Irish Brigade before. It does sound like an interesting part of the war to use in a plot. The Irish charm can go a long ways with a hero. :)

Best of luck with lots of sales.

Hi Paisley, you're right about that irresistible Irish charm. Certainly I could never resist it, and neither, apparently, can most of my heroines - and of course, the occasional hero. The Irish Brigade has a fascinating history, particularly the "Fighting 69th." Thanks for your good wishes, and for visiting!